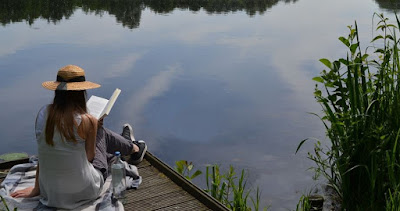 I love pouring over compilations of old journals and letters popped out of pivotal moments in history.  I will never forget reading a portion of a book series containing the well chronicled diaries of westward women.  One particular set of entries recounted hikes among sandstone cliffs along the Platte River, not far from Fort Laramie in what is now Wyoming, and the women carving their names in the soft stone as a way to say "we were here!".  This region was a milestone for these early travelers, a brief respite and refueling junction before laboring through the towering Rockies.  The concise collection of day-to-day scribblings was further embedded into my memory when I was blessed with an opportunity to visit the Wagon Rut State Park in Eastern Wyoming and found myself walking in their very footsteps, seeing where their wagons rode, climbing those same cliffs and seeing their names amongst the countless others etched for eternity.  These women's diaries, though mundane at times and occasionally lacking in desired details, always seemed to fall into place and bring to life the re-telling of their stories in a way which never felt incomplete or lacking but was instead as trans-formative as it was informative. 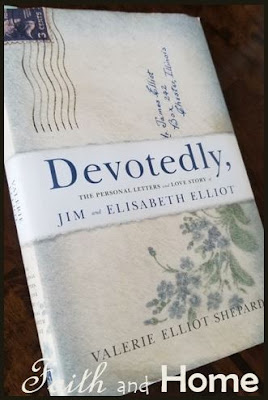 When I had the opportunity to read Devotedly, The personal Letters and Love Story of Jim and Elisabeth Elliot as compiled by their only daughter, Valerie Elliot Shepard, I jumped at the chance.  As with the westward women's journals, I was excited to discover greater details and relive the treasured history of these two Christian icons: one remembered for his martyrdom, the other for her unwavering grace and faith. I had not read any of their previous books or compilations, though I'm well aware of how revered Elisabeth Elliot's work is.  I have watched a few documentaries on their lives and, as we prepared for missions work some years ago, a portion of our training was done through a video series taught by Steve Saint so I am very familiar with the background and context.

With all of that said, hopefully my thoughts on this title will make some sense...


... as I read Devotedly I had mixed feelings.  It began quite well and made a declaration to use the Elliots' story for the purpose of highlighting what good, Godly relationships should look like, as the author feels substantive Godly relationships are lacking today.  My hat's off to her for this thesis.

The 'story' sets into motion with the couple's final years at Wheaton College in Illinois where they met and recognized their first sparks for one another.  It moves forward with each chapter centering around the consecutive years ranging from this point in 1948 all the way until their nuptials in 1953.  Jim and Elisabeth's story is chronicled with excerpts from both journal entries and letters they exchanged.  Images of some of their correspondences and pictures are included as well. 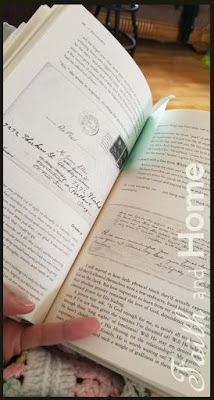 After the initial introduction I must confess to struggling with reading the bulk of this text because I felt too many critical details were being left out while various redundancies occasionally carried on.  Often only parts (not entireties) of the couple's letters and journal entries are included leaving gaps of information and making it difficult to discern what exactly is being said or intended.  Mrs. Shepard seems anxious to communicate memories, summaries and translations... which can be helpful at times as her parents seemed to write in King James style (!) but can also be inhibiting to the flow of their story.  I feel more could have been discerned by the reader if full letters and journal entries had been included and, when further explanation was required for un-written nuances, commentary could be inserted at their close.

If you are a huge fan of the Elliots and have read ALL of their previous works, this book will likely be a wonderful supplement to complete their 'story'.  If you are new to the couple, the deepening of their faith as it pertains to their relationship is still inspiring.  Mrs. Shepard's devotion to her parents and desire to share the key points of their story is apparent in her writing.  I felt as though I was sitting across the kitchen table from her as she pulled out pictures and letters and shared tidbits of the lives of these two people whom she loved and admired so much.  She gives an insider's scoop to a story often reported on from the outside. I only wish I could have jumped in and asked a few questions from time to time!!

As for me, I do like more details and first-hand accounts with minimal commentary.  It is a personal preference and nothing against the author of this book.  Reading the title, I expected more of Jim and Elisabeth's voice so I will admit, I should have switched gears in my expectations upon realizing the actual context.  Still, I did feel too much time was spent on the tumultuous early years and not enough time was spent on the blooming points of the later.  However, Devotedly IS a good book and I would recommend it to anyone interested in knowing more about Jim and Elisabeth Eliot or the trials and tribulations of walking out a Christ-centered relationship.

I received a complimentary copy of this book from Lifeway in exchange for my review. This review is my opinion alone.