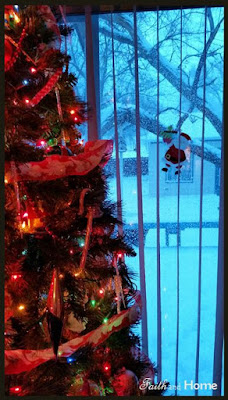 As crisp December air pushes at the car windows and we take in the lights of houses sliding by, I am often reminded of an article I wrote a few years ago about what I call the Parable of St. Nicholas.  This year it is especially poignant as the first year in 21 where no anxious children will be spending a sleepless Christmas eve listening for sleigh bells.  Brooke, our last, found out the hard truth this year, though I delivered it, as always, in a classic Yes, Virginia, form.

What does it all mean?  To suddenly switch views of the man in red from anticipation to remembrance?  My grandmother often says Christmas isn't the same without children around.  While her faith is strong, I believe the hardships of life have given her a certain measure of Christmas cynicism.  While a Child is at the heart of Christmas, we don't have to be children, wide-eyed in wonder expecting a jolly man with a white beard, to see the wonder that makes Christmas magical.


But Mary treasured up all these things, pondering them in her heart.
- Luke 2:19

As all the glorious events culminated at the birth of Christ; the shepherds, the star, the angels; one line is slipped in their midst... Mary treasured.... pondering them in her heart.  She couldn't return to those moments again.  There was no magic re-wind button or instant replay.  It happened.... and then it was done.  Decades would pass before the full scope and significance would come into view.  Before all would truly understand what it meant that the Christ child had been born.  Yet Mary treasured and pondered.

I wonder; did she look on her son, thirty-some-odd years later, hanging battered and torn on the cross and still ponder that one magnificent, significant day so many years before in meager beginnings when shepherds carried news of angels and stars?  Or kings and wise men came with gifts of great value?  Did her mind cast to a chili night in a stable and celebrate the culmination of something truly magnificent and wonderful?  Thirty-some-odd years later there are no gifts, no child any longer...  simply the gravity of the great gift of salvation for the world.

But there is more.

They made known what the angels told them about Jesus.  And people wondered.  They visited Mary and Joseph and Jesus and when they returned they glorified and praised God for it all.  How long did this 'magic' last?  How long were their Spirits lifted and the glory and wonder of it all?  Did they, too, stand in the crowd and watch this baby-grown-to-man hang in disgrace?  Did they feel the earth tremble and see the tombs open that fateful day?  Were they some who Jesus visited in his 40 days before ascension?  Where they in the crowds at Pentecost, remembering and praising and marveling how they saw it all at the start?

I still believe Santa is a modern day parable.  But just like Jesus' parables in each of the Gospels, he isn't the story.  He is merely symbolic of something greater we can't fathom or understand.  He isn't where our faith and joy rest, he is simply the model of faith and joy to man. And like those whom Jesus shared parables with then... many simply can't grasp the significance of faith and giving without a parable now. 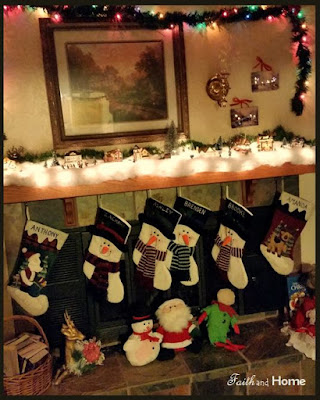 Santa will still come down my chimney this Christmas while my brood nestles cozy in their beds.  Milk and cookies will still set out and gift tags may bare his name... but not because we worship him.  Not because he is why we celebrate.  Simply because he reminds us what giving selflessly, like Christ did, is all about.  He makes us children at heart, even if no children abound, so that we might treasure, ponder, make known and glorify and praise God for all He has done in Christmases and years past to hope for all God might do through the years and Christmases future. 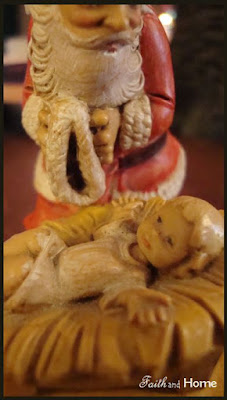 The only child I need around at Christmas is the child CHRISTmas is all about.  I pray your Christmas is CHRIST filled too!

*To understand how and where we place Santa at Christmas, read my blog article from December 2011, Parable in Modern Form.