Believing God in the Trials 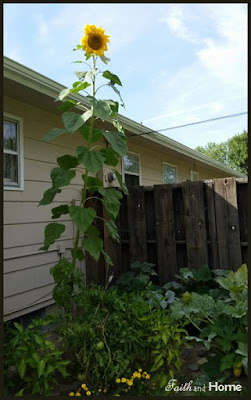 I was letting it get to me.  Every nuance, every detail... after one particular phone call I was ready to QUIT.  Maybe I was wrong.  Maybe, just maybe, I heard God wrong... surely He wouldn't call me to something as overwhelming as this.  But then there was Betty*.  I couldn't get her out of my mind.  Every time I wanted to throw in my hat, her emails would ring in my ears.  ALWAYS right.when.I.needed the message... there they were sitting in my inbox.  Like a light in the dark.... an oasis in the dessert... a patch of calm in the storm.  Her messages were a beacon of hope.  I saw them as messages from God and every time I was tempting to throw my hands in the air and bark, "THAT'S IT" I couldn't.  I couldn't because her messages were God's messages and I knew I would be disobeying God if I did anything other than persevere.

This week I found out Betty's latest message almost didn't get sent.  Her latest piece of encouragement was a Word she tried to stuff back inside.... but out it came!  I knew in that moment that God was at work here and I better stop trying to make excuses and start whole-heartedly accepting His plan.... or it would not be a good outcome.

Betty and I don't know each other, we have never met.  Our correspondence is based on a singular event she was, at first, interested in being part of.  For very good reasons, she isn't participating... yet I think God placed her in my life, in this time, for a purpose.

After Betty and I realized we were each part of a bigger plan God was using us to communicate, she shared this passage on her heart for me this week:

What tasks or situations are you trying to manage right now that seem really overwhelming?  I pray you will find the area where you need to place your grace and simply believe God has a plan in the midst of it all... no matter how messy or chaotic it might seem right now.

*"Betty's" name has been changed to protect her identity.