It has been one of those weeks.  You know, the kind where your faith is tested, your patience is tried, your roll as mom and teacher is hung out where shots are taken.... Some weeks are like that (even in Australia!) 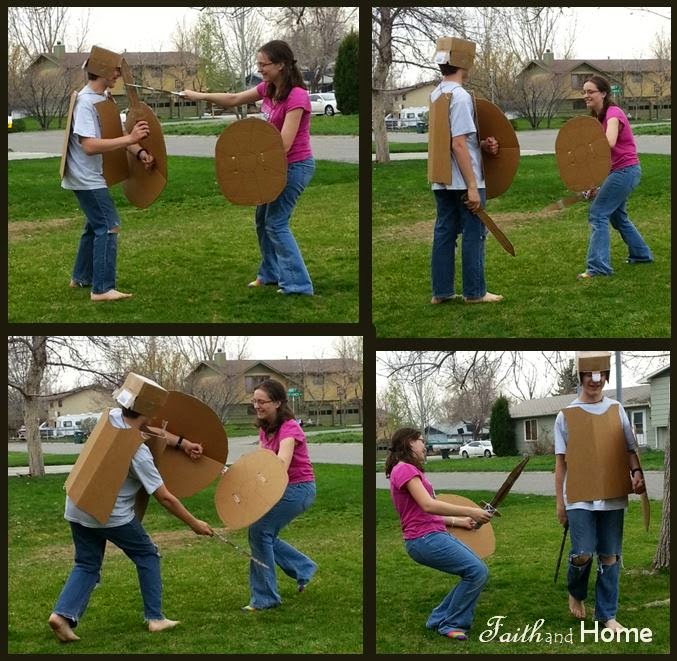 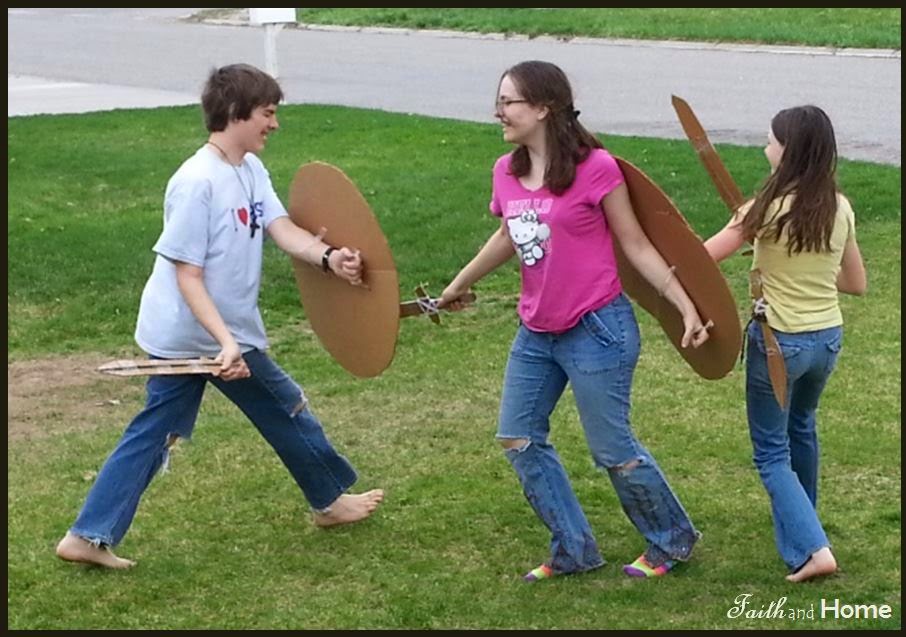 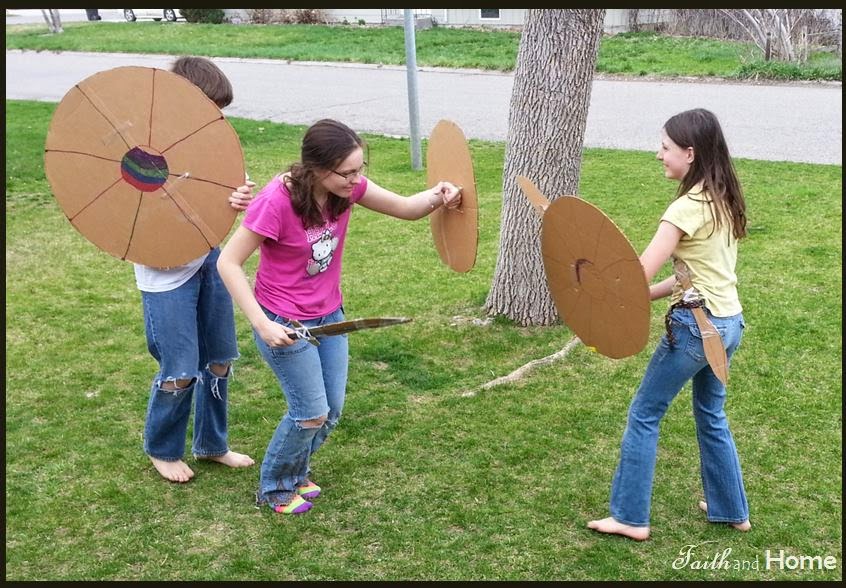 Honestly, though, I don't mind.  Weeks like this test and try me and make me stronger.  Two words sum it all up:  Spiritual Warfare.  My husband and I discussed it this morning, walking off the battlefield sore yet feeling victorious.  He pondered how many parents realize and tackle the battles we and our children face, recognizing and handling them through the power of the Spirit.  So many times we chalk it up as a challenge, a phase to get through, or a road we must walk.  To an extent that is all true.  However, we have to recognize Paul's words in these situations:


For we do not wrestle against flesh and blood, but
against the rulers, against the authorities, against the cosmic powers over this present darkness, against the spiritual forces of evil in the heavenly places.
- Ephesians 6:12

When our children walk through the muck of a dismal bog, we have to ask, 'what is the REAL issue' and tackle accordingly.


One of my daughters is preparing for dual/early enrollment to a local Christian college.  Her passion peaked this week when she realized she wanted to study Music Ministry.... shortly after excitedly declaring her intended focus, 'flaming arrows' began to fly.  By yesterday afternoon, any topic of discussion with her was like walking through a mine-field.   I will admit, I was frustrated and fed-up.  She is ADHD, impulsive and inclined to shut-down and walk away in a slump rather than face problems productively.  I was blessed with a cool-down session while driving my husband back to work after lunch.  My plan upon return was to sit her down and talk about attitude.  Then God stepped in and I remembered: it is spiritual.

As we talked I realized the voice of the enemy telling her a multitude of lies about herself.  (Watch for next week's article on Lies We Believe!)  We opened God's Word, addressed and acknowledged the REAL problem... the spiritual battle we were fighting.  After all, why would our 'enemy' (Satan) want a young woman off at a Christian College learning how to use her God-given gift of music to lead entire congregations and people from all walks of life to lay down their burdens and follow the one true King?!  OF COURSE SHE IS UNDER ATTACK!!!!  There are other areas of her life where she is seeking to move forward in God's will for her.... homework, church activities and even her relationships at home all play a part in victoriously claiming the plans God has and therefore, all these areas will come under attack in a spiritual battle to detour and/or destroy.


But we CAN overcome.  God gives us that power.

When us, as mommy teachers, feel like we are failing, lost, inadequate.... the adjectives could string on.  My guess is, you know what I mean, personally.  We have to ask, 'what is the REAL issue' and tackle accordingly.

Sometimes I feel like the more I work with my kids, the more I learn and become capable at what I do.... sometimes I feel like I am forgetting everything I learned in high school and my few years of college.  I never did finish my degree, it's a long story.  I can say, I prayed about it and God had other plans.  HE equipped me for the job of teacher mom and he called me to it.  As I look at one ADHD child and one Dyslexic, both in high school, both needing to be prepared for the 'real world' and both NOT typical of their peers in more ways than one.... I feel like I am failing.  The lies and flaming arrows of the enemy tell me I am a failure.  He tries to knock me down by saying they would be better off with ANYONE but me.  Yet, Psalm 119 tells us the power of God's Word, the faithfulness of God if we seek Him each day.  And through that power, God steps in and the spiritual battle that wages insights me to arm myself, dig in and counter attack. It isn't always pretty and some days I feel like I am loosing ground rather than gaining it.

This particular one was long and nasty and took almost an entire week before I drove the enemy and his lies back.  So what was at stake?  How about, the simple fact that I choose to homeschool my children?  I am given the great privilege to teach them according to God's Word.  To encourage them rather than throw them to the den of peer pressure and secular idealism.  My high schoolers started their career in the public sector.  With their challenges they did NOT do well socially or academically.  My oldest, brilliant and the only challenge was the lack of a challenge, spent his entire career in public school.... today he confesses to a detachment from the family because the public school stole him away from us.  I look at my youngest, like my oldest in every way accept I kept her home.  She thrives.  What hope do my kids have if I give up on them?  What opportunities really lay before them if I deny God's call because the spiritual battle overwhelms me?  Where is God's glory in that?  And this week, as I help my daughter prepare for enrollment at the college, where would her hope be if I gave in and gave up?  If I didn't walk this battle field with her?  So I pour through God's word, I CLING to His truths and I tell the enemy NO, YOU CAN'T HAVE ME AND YOU CAN'T HAVE MY CHILDREN because God's power is greater.  I believe God when He tells me I am more than enough when He works through me to teach and lead my children and I claim that victory.


As a writer and a blogger, these attacks try to get through.  An article in the wings on a topic a friend asked about, homeschooling early education, sputters under these attacks.  If I am not a good teacher, how can I presume to encourage others?  But it is a lie (and despite the attacks, the article WILL proceed!)

Schedules which never go according to plans, chores undone and hard to get on top of, curriculum you doubt, dissatisfaction, feeling you aren't enough, feeling there is TOO MUCH.... it is all a distraction, an attempt to detour us from our Hope and our Trust in God to sustain and complete us.  To pull us through, perhaps not perfectly but certainly victoriously.

No, in all these things we are more than conquerors through him who loved us.
Romans 8:37

What could be MORE THAN????!!!!  Wow, more than conquerors.  Let us claim that, cling to it, shout it on the charge and CLAIM VICTORY over the enemy who wants to steal our joy and hope and peace as we homeschool and live each week.

Here is a song I pray you will crank and shout and use as your battle cry.  Maybe you had a positively, perfectly, great week this week.... or maybe you are like me, repairing the dents in your armor and dressing wounds.  Let us link shields and claim our victory!

Linking up today with:

and others...
*Pictures are from last spring, we were wrapping up a study on Ancient Rome and the kids wanted to make shields and swords out of some giant boxes we had in the garage (Brenden went for full armor). They then proceeded to have gladiator fights in the front yard with one of the cats sitting in the window acting as Caesar giving the thumbs up or thumbs down to "finish him"!!