Our Story and the Gift of Dyslexia 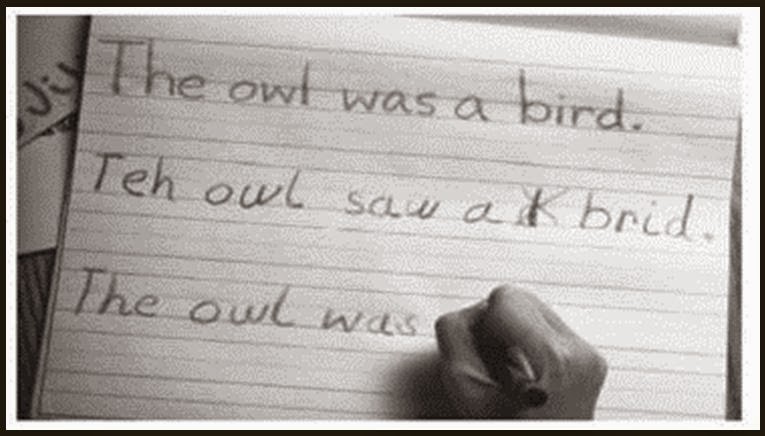 I watched as he squinted his tiny eyes, turning his head to make out the words.  Some days I caught him with his book upside-down.... and reading better than when it was right-side up.  In kindergarten they threatened to flunk him.  Wanting to avoid humiliation on anyone's part I negotiated afternoon classes to re-enforce his learning.  It helped enough to pass him into 1st grade.

I couldn't understand.  My son wasn't 'stupid'.  Flunking, reading problems... it didn't make sense.  He was a model student.  He always paid attention to the teacher, though sometimes it seemed like he couldn't hear... perhaps residual from being almost completely def as a toddler.  He worked tirelessly, never complaining, on every single assignment handed to him.  And where most kids would buckle under the pressure of reading impossible words... he only tried harder.

What was wrong with my sweet son?

2nd grade brought the answer I was beginning to suspect.  A series of tests revealed my son had moderate to severe Dyslexia.  He scored rather high for Dyslexia in the reading sections and measured quite steadily for Dysgraphia as well (like dyslexia, dysgraphia deals with the writing aspect).  We had our meeting with the school counselor, my son's teacher and a classroom aid.  Classroom accommodations were discussed and plans for assisting him at home were set forth.  I was relieved: finally we can start making ground.

Each day seemed to bring renewed frustration though.  My son began to dislike school.  I was told he missed recess regularly because he 'wouldn't' do his work on time, caught daydreaming and still desperately struggling to read.  What was happening with my sweet, compliant child?  I paid closer attention to his habits when I visited and helped in his classroom.  As I observed, the problem was quickly revealed: The dyslexia and dysgraphia made it difficult to take notes.  The teacher would write notes on the board but as my son would go to copy he couldn't keep up when his learning delay took over.  Eventually he would give up and simply 'zone out'.  Recess would arrive and no notes meant no recess so he was stuck inside still copying the board while his friends screeched and laughed at the playground outside his classroom window.  My heart ached for him.  I tried to talk with the teacher.  It seemed like such an injustice, especially for a mere 2nd grader.

The final blow came when reading with him one night.  He froze and became teary-eyed.  He wasn't trying to squint his eyes or turn his book, he merely sat, frozen, petrified and over-whelmed.  When I inquired why he didn't just turn the book to help he nearly fell apart: "My teacher won't let me."  I couldn't believe my ears, but my son had never lied before.  I pursued the issue further with his teacher.  I discovered he was getting in trouble in class for sitting on his legs so he could hover over the words.  He would also get in trouble for turning his book upside down.  The teacher explained that she couldn't let him do these things, or the rest of the class would think they could to.  I couldn't understand why she couldn't just relay to the class how my son needed those accommodations.

My heart ached and cried for my son.  But God used this... He told me almost audibly: I want YOU to teach your children.  He had been whispering it since my oldest was in preschool 10 years prior to this moment.  I loved teaching and helping in class and being part of their learning process but I pushed the idea aside.  I felt under-qualified, inept.  I didn't have a degree in teaching, I had book knowledge and writer's knowledge.  My studies had been in business assisting and medical billing. But God showed me I was, in fact, best qualified to instruct my children and as the issues mounted with my sweet son's dyslexia, I knew what God was saying at that very moment: it is time - no more running from the Call.

7 years ago I made the decision to answer the Call and pull my children from public school and begin homeschooling.  As if God's leading wasn't enough, my son's second grade teacher made a glaring and pivotal point: you can't fully accommodate when you have a classroom full of kids who can do their work the "normal" way.  I saw that at every end of the spectrum, with 4 children and 4 different learning styles and needs from average to accelerated.  Looking at my son, knowing how absolutely important reading and writing were to life, I knew it was time to become an expert on him and how he could rise above "normal" to touch the extraordinary he was.

I have tried to become an "expert" on the Gift of Dyslexia... but I am not!  I have gained a great deal of experience though and I know many parents out there NEED to hear there is hope and need to know what to do.  I feel Led to write regular articles here to discuss how we have managed this gift and pray to encourage those of you who have the need to be encouraged!  For now, I want to leave you with this bit of encouragement...


As I type this my marvelous son just started the 3rd book in the Inkheart series.  He has been devouring the books of this series one-per-month.  Last year alone he read the Hobbit, Lord of the Rings (Fellowship of the Ring) and is 3/4 of the way through Two Towers (he decided to take a break from the monotony of the chronicles to explore Inkheart).  I never thought I would see my dyslexic avidly enjoying such great works!  It didn't come over night... but it came.  He is even starting Algebra and doing math problems with ease in his head... something which seemed impossible just a few short years ago.

So many times I think of the apostle Paul's beseeching to run the race and keep steadfast to the track ahead... the goal WILL be reached.  If it is true of our faith and living for Christ, how much can it be true for all of life as well?

Patient understanding, perseverance and holding on when you want to let go... it.will.pay.off.

If you or someone you know are working with a dyslexic or gifted child, hold on, keep at it, don't give up.  You WILL see fruit from all your labor.