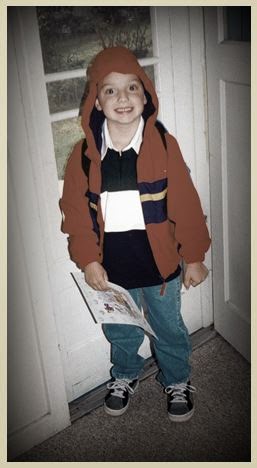 He is going to be 20 in a few short weeks.  Twenty.  This picture is a snapshot in my heart: his first day of Kindergarten (before I began homeschooling my kiddos).  I remember that red nylon jacket and how his little warm body felt pressed close as he wrapped his arms tightly around my neck and I wrapped mine around his solid form for big squeezes when bear hugging mama was 'cool'.  Oh how I had longed for a tender-hearted boy back when children were but a twinkle in my eye.  And there he stood, just as warm-hearted as ever, a crayon colored paper in hand to show his affection to his new teacher. 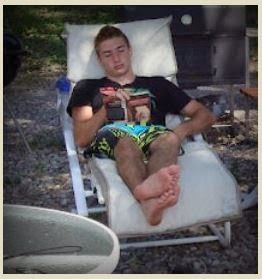 Then the angsty days of 'teen' hit, bear hugging mama wasn't cool anymore and to this social-lite public-schooler... neither was the idea of mom and dad giving up all... even our home of most his formidable years... to go into full-time missions work.  Oh how he rebelled.  Thankfully, he did it in a healthy way (no drugs, alcohol, or promiscuity) but he rebelled in his own way none-the-less.  My mama heart cried for this man-child, wanting to give him the home he desired but wanting, more, to obey God's call.

One sunny afternoon I took a searching walk, children and path ahead in my heart, I called out to God and He answered: He is mine.  As I called Abraham to give up his first, I call you to trust me with yours.

It was profound and moving.  Though, like Abe building a pyre, it was a bitter-sweet labor of love and trust that God had Big plans... He would care for His own... my children were never really mine to begin with. I walked forward, heart given over, I trusted my first born into God's hands...

I guess that is one reason I understand Hannah so well in 1 Samuel 1-2.  Barren and tormented by the barbs of Peninnah, Elkanah's other more fertile wife (but Hannah was his favored one).  Yet she doesn't seem to retaliate or give up... she goes to the temple to pray.  No spiking Peninnah's soup or putting snakes in her bed.  Nope, she gives herself over to the Lord, weeping and broken.  She is so distressed that Eli accuses her of drunkenness!  But she isn't drunk...

Hannah took her grief to the Lord and sought His comfort and council for her depressed situation.  I see meekness in the presence of her adversaries.  She commits NOT to bicker or return contempt - rather - seeking peace and council from the Lord.  The outcome?  She found peace.... and then came  Samuel.  Is it any surprise he was such an amazing prophet?

She kept her word and gave him over to the Lord's service when he was old enough.  Oh how hard it had to be to leave him at the temple with Eli.  To walk away and just Trust... God had him in the palm of his hand.  Oh, she visited and brought clothes and no doubt hugged and kissed him as long as hugs were cool!  But the biggest point - she trusted God with her troubles and she trusted God with her children.

As a result of her faith, God blessed her with FIVE more children!!!  Such a testimony for a once barren woman.

Oh to live life with the faith of Hannah... giving all to God and not giving in to the torments of the world.  Even if it meant a promise of her first-born.


As Samuel grew up, the Lord was with him and let none of his words fall to the ground.
1 Samuel 3:19

I pray you have faith like Hannah... instead of running to address the world in its unjust barbs... run to bow at the alter of the Lord and search Him for the answers and peace you need.

Consequently, my almost 20 year old has seen God move in his life as a result of our obedience.  His faith was made stronger and I found such a great blessing in seeing his path grow closer... not farther... when I followed God and gave Him my first-born. 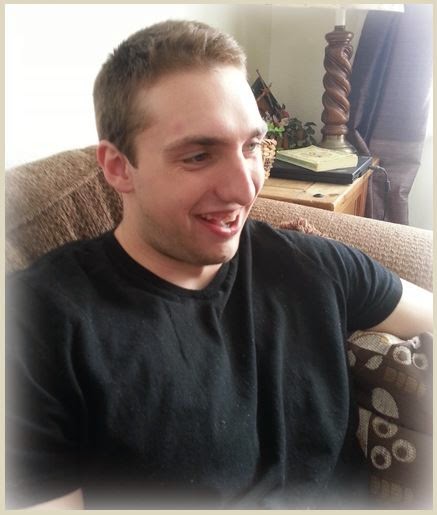