Jesus is in the Boat 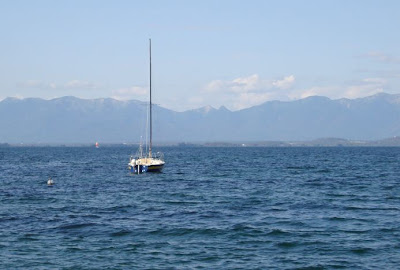 One day he got into a boat with his disciples, and he said to them, "Let us go across to the other side of the lake."  So they put out, and while they were sailing he fell asleep.  A windstorm swept down on the lake and the boat was filling with water, and they were in danger.  They went to him and woke him up, shouting, "Master, Master, we are perishing!"  And he woke up and rebuked the wind and the raging waves; they ceased and there was a calm.  He said to them, "Where is your faith?"
- John 8:22-25a

My husband had been laid off from his position as A/V manager at a local home entertainment store.  Economy weakened, we became another number in the unemployment lines.  NO jobs were forthcoming. After months of prayer and searching, the right decision seemed to be 'job re-training' a/k/a college.

Unemployment was willing to work with us as my husband for-went the job application process providing he showed his full-time attendance and attention in his school work.  Which he gladly did.  However, each semester brought with it a new challenge: unemployment halted while the paperwork was shuffled from desk-top to desk-top determining eligibility for the program.  First 12 weeks then 14.  The last semester was 15 weeks before any funds came through.

Student financial aid was just as delayed and savings was always tapped well before funds re-appeared.

It was during the longest of these periods, car payments sliding far behind, gas money non-existent and stress adding just a few more gray hairs... we were at our Bible study group requesting prayer.  Simple prayers, 'Lord, please provide for and sustain us.'  But what they did not know was how our hearts cried... anguished and fretting.

Our friend and group leader shared John 8:25 in his own way.  A smile on his face, a light in his eyes.  This man who survived Vietnam as a Navy Seal and went on to answer a call into ministry.  This man who was a military Chaplin for 30 years, counseling couple after couple, G.I. after G.I.  From country to country and state to state and all the wars and disturbances in-between... this man had seen (and experienced) his fair share of hardship.

I can still hear his strong voice and laughing tone as he said, "Folks, JESUS IS IN THE BOAT!"  He wasn't speaking directly to us... but God was.  I don't remember what we were studying that night but I will never forget those words.

We went home and we looked at each other, first smiling, then laughing, "Jesus is in the Boat!"  How could we continue to worry?  So what if we lost everything.  Sure, it wouldn't be ideal, BUT, Jesus is in the boat.  He knows where we are going, he won't let us capsize.  If he can calm the storms at sea... surely he can calm the storms in our hearts. 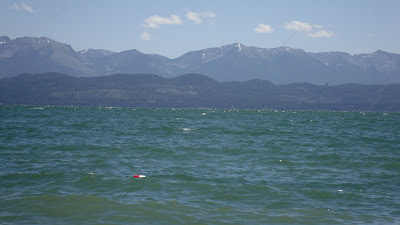 It isn't always easy sailing the sea of faith.  But every time I am tempted to be fearful and fretful of the raging wind and choppy waters, I remember our friend's tone as he declared in that military groomed booming voice: "JESUS IS IN THE BOAT" and I know we won't capsize... we will be O.K. 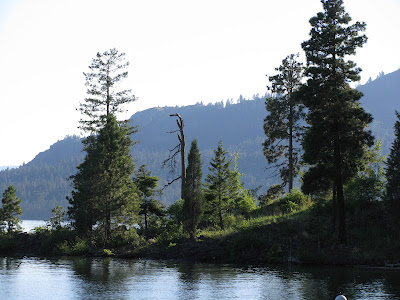 I pray you feel His presence in the boat with you today.  He will calm the storms, You will not capsize and even if you are brought to shore in land you do not recognize... Jesus is with you.

Linking up today with
Women Living Well, Seeds of Faith, Internet Cafe and A Holy Experience.