Christian at the Core

It is Tuesday and time again for.... 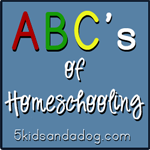 I had so much fun with it last week and God has really given me a peace... and a word to share:  Christian Values at the Core.

No school is any good without them, homeschool or otherwise.  But don't take my word for it!


All Scripture is breathed out by God and profitable for teaching, for reproof, for correction, and for training in righteousness, that the man of God may be competent, equipped for every good work.  - 2 Timothy 3:16-17

The founding fathers of our great country (United States for those of you reading abroad!) met each day to discuss and debate how our constitution, laws, and government should be set up.  It is said that, at one point, the meetings almost broke up over differences and opinions. 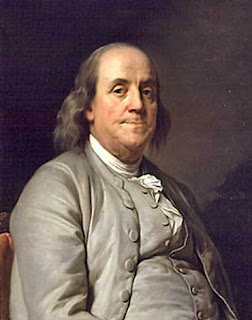 Enter Benjamin Franklin, a man who feared God but did not quite act as a Christian.  Regardless of his questionable personal life, he knew Christian values were at the core of every great society.  He was certain that, to build a nation, it could not be done without God.  Not willing to see the potential of this new nation fall apart, he made a proposal:

"... I have lived, Sir, a long time, and the longer I live, the more convincing proofs I see of this truth - that God governs in the affairs of men.  And if a sparrow cannot fall to the ground without his notice, is it probably that an empire can rise without his aid?  We have been assured, Sir, in the sacred writings, that 'except the Lord build the house, they labor in vain that build it.'  I firmly believe this; and I also believe that without his concurring aid we shall succeed in this political building no better than the Builders of Babel..."

While this also makes the argument of P for Prayer, the point here is the Christian beliefs at the core of our nation.  After Franklin's petition (you can read more of his speech here) each Federal Convention meeting began in prayer and petition. 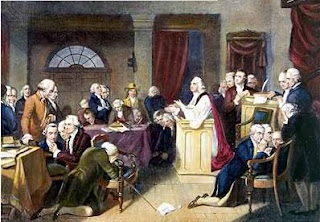 This set a foundation of moral principals based in Christian beliefs.  I have met a number of atheists who tell me they do not believe in God or the Bible but they do believe it is a book with many good lessons and morals [worthy of following with or without faith in Jesus!... I prefer with!!]

It doesn't stop there though. 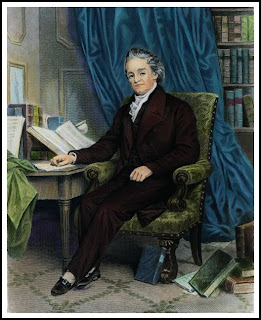 Noah Webster, one of the shapers of the U.S. Constitution (best known for his dictionary!), was a Christian who believed Christian morals belonged in schools:

Others such as George Washington, John Adams, Benjamin Rush, Charles Carroll, Patrick Henry.... should I continue?  All shared the same view as Noah Webster.  Christian Values lay a foundation for freedom and the moral health of a nation.  That foundation begins.... in school!

Break out that Bible study!  Fold hands for prayer.  More than that, integrate it into your daily lessons.  Want some inspiration for working your faith into the 3 R's?  Check out the 1777 New England Primer.


Have an ABC-tastic week with Christ-centered Christian values.

Pictures are compliments of Photobucket

Email ThisBlogThis!Share to TwitterShare to FacebookShare to Pinterest
Labels: ABC's of Homeschooling