Drawing the lines in family management 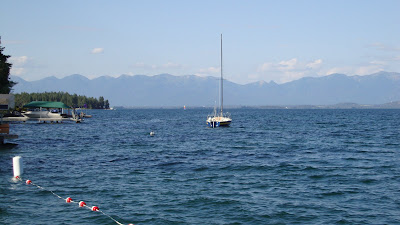 I was sitting down at the lake today with friends and talking about life and kids and the intertwining of the two. One mother of 8 (or is it 9) lamented to the fact they are rarely all together on one day anymore. This one goes to youth group there, the other is at a friends here.... etc. Her children range in age from 1 - 23 so her experiences in the matter go beyond my own as of yet.

However, her concerns are not uncommon of parents today, whether a family is large or small. My own family is barely medium size with just 4 children. But we have experienced our share of stretched out elastic. With Z in sports and public school, Ash did volleyball for a while and B enjoyed soccer for a season. Never mind my husband's schedule and my own when I was in school.

But what do we do to stop the marry-go-round spinning? This conversation gave me cause to reflect on some tidbits I have heard here and there. The first one was from Lorrie Flem of TEACH magazine. She spoke at our homeschooling convention back in May. Her 9 kids have always had the rule of no sleep-overs away from the house.... ever. She simply pointed out that they were a family, they were to sleep at home. Not that her children don't enjoy friendships and family trips to sleep elsewhere.... but the children off alone, no way.

I have given a lot of thought to Lorrie's confession. I have considered adopting it myself but have been reluctant.
Then there was my friend's admission to multiple youth groups and such. This brought up another parent's sharing in the book, Real Life Homeschooling by Rhonda Barfield. Again, they were a large family. The father suggested that anything done outside of schoolwork was done as a family or not done at all. Specifically, one child does not play soccer while another plays baseball. He explains the chaos that would ensue if they had to shuttle this one here and that one there...

Where do we draw the line? Are we unfair to adopt such policies as no sleep-overs and no extracurricular? Are we crazy?

After chatting with the ladies today it all became clear: No. We are not absurd to draw our children in. I don't want our family time robbed by their social extras. We have neighborhood kids they play with some days. We go places as a family where they engage their peers. I am stuck with football and Z because of school and forces beyond my control (I must admit, though, I do enjoy watching him play football!). However, there is much I can do to sway the happenings of my younger three. My friend's scenario woke me up to the need to be proactive in these little extras.
This may not work for everyone. But I think we may try it for us. If one does AWANAS they all do AWANAS or none do it. If one does 4H they all do 4H, or none. Both clubs have intrigued all my children. Neither is vital but both are fruitful. I had considered B in AWANAS again this year and starting Ash in 4H and Bk in???
I have been praying for God's guidance in the decision process. Perhaps my ponderings on this matter are His message to me. My interactions at the lake today were His vehicle for this thought process.
As if we weren't already off the mainstream... we may veer even farther off the beaten path! His will and His purpose always lead to greener pastures.